We’ve completed this year’s Stradbroke Chamber Music Festival, our 14th, with flying colours! It was described by one of our wonderful behind-the-scenes helpers as “some giant conjuring trick” – indeed, obstacles such as replacing players at the 11th hour, gale-force winds and, of course, covid-navigation contributed towards a nailbiting run-up to the festival weekend.

These days we’ve become almost used to dealing with spanners-in-the-works (at least superficially) and of course I’m extra grateful when things actually run incredibly smoothly in the end, as they did. The wind and rain died down just in the nick of time, and what a sublime team of players, helpers and audience – thank you!

Timothy Young, Liz Woolnough and Michael Pisani joined us as new performer faces this year, and rather late in the piece in some cases. What great contributions they made to our Straddie family; they fitted in so well with the spirit of the island and the festival, and we hope to see them return. It was wonderful to play with old friends again, and, as always, to meet and chat with you, our perceptive and loyal audience. I felt that this year’s program was a particularly human one and your response was more than we could have asked for. 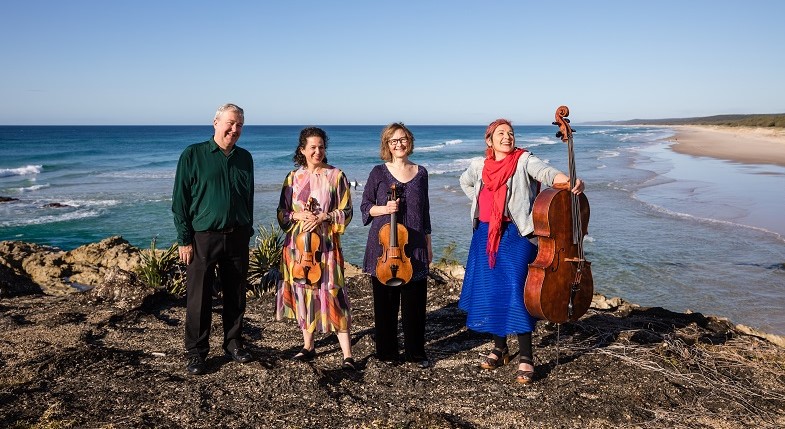 Click on PHOTO GALLERY for some candid shots of Rachel and her merry band of performers, including new faces Liz Woolnough, Tim Young and Michael Pisani, plus Megan Washington for the Saturday-night concert.